Meet the names of new talents interior designers who promise to shake up the world of architecture, landscape and interiors in the coming years!

Created by one of the most renowned magazines in the world of interior design, AD100 has put together a list with the best names of interior designers, landscape, and the architects that promise to draw attention and set some trends for 2023. Now get to know a summary of the “AD100 2023 Debut” a list of new talents interior designers on the rise worth following for the coming years!

Based in New York City, Alexis Brown is one of the first new talents interior designers to make it to our debut AD100 2023 list. Experienced and with a career spanning over seventeen years, the interior designer has distinguished herself with exquisite taste and commercial and residential projects for some of the world’s most discerning clients and brands. The professional, who is also the daughter of an interior designer and grew up among fabrics and textures, launched her own firm in 2017, is characterized by a more Mid-Century Modern and contemporary design style.

Internationally recognized for creating projects with patterns, colors, and textures much talked about by the creative world, Hadley Wiggins is the second name to make up the new talents list of AD100 2023 debut interior designers. The artist established her namesake firm in 2012 and among her projects – including her mastery of quiet, elegant charm – are sensitive renovations of historic homes in Connecticut to residences in New York that mediate a nuanced approach between classic and contemporary.

With an enviable family history of Interior Design professionals, Halard-Halard is of French origin but has built a career that has won acclaim on both sides of the Atlantic for an artistic flair that “emphasizes the harmony between classical language and contemporary sensibilities”. Among the primary skills, we can highlight his mastery of scale, proportion, and finely wrought architectural details.

For Californian Josh Greene, “any project is an opportunity to create unrepeatable spaces. The interior designer’s distinguishing characteristics include an appreciation for spaces that harmonize functionality, elegance, and comfort. And thanks to this, he has been very successful in his projects. With a career spanning almost 20 years, his portfolio includes work with major brands such as Michael S. Smith, Ralph Lauren, and Sawyer | Berson. Josh Greene is one of the names named by AD100 2023 Debut as one of the new talents interior designers on the rise!

Think of an explosion of colors, patterns, and whimsy. Another name that makes up our AD100 2023 Debut new talents is the very skilled JP Demeyer. Belgian-born and based in Bruges, the artist relies on his two partners, Frank Ver Elst and Jean-Paul Dewever to build iconic and lively environments. A master of combining maximalist and traditional decorating styles, Demeyer has won awards for his residential and commercial projects (including restaurants and popular clubs) in Paris, Lisbon, Lille, and Ghent.

Justina Blakeney is a complete artist and has shown her bold and varied sense of beauty since she started blogging. According to her, through color one can spice up life with more flavor and good design makes everything better! After Jungalow’s debut in 2014, Blakeney worked with names like Opalhouse by Target, Loloi Rugs, Valdese Weavers, and Brené Brown. Always with a sharp and maximalist eye, Justina Blakeney is a highlight of the AD100 2023 new talents Debut and still promises much for the future of interior design!

After learning a lot and honing his skills for a decade with designer S. Russell Groves, our next AD100 2023 Debut, Neal Beckstedt launched his own firm in 2010 with a major project – the residence of fashion designer Derek Lam. Passionate since childhood about the world of interiors, the artist is now starting to make a name for himself in the luxury market. His words for the easy-breezy look his clients love: “warm modernism focusing on a relaxed luxury.”

As a good professional in the world of interior design, Rita Konig’s care for her clients’ identification with their environments goes beyond that: every home is designed based on a thorough understanding of the individual brief.”What I really enjoy most is doing the detective work and understanding how my client wants to feel in their home and creating a home that really belongs to them,” says Koning in an interview with AD. Working on both commercial and residential projects, she is based in London but works globally. Definitely one of the new talents interior designers to follow in the coming years!

Founded by husband-and-wife team Florian Idenburg and Jing Liu, SO-IL is a Brooklyn-based studio that features architectural and interior design projects that are considered “enigmatic” precisely because of the diversity of their forms. With very contemporary-oriented styles, it is possible to highlight in the creations the use of many materials inspired by the modern (such as cement, glass, and brick), with poetic and cruciform layouts. Thus, based on these “global narratives and perspectives”, the SO-IL couple is part of the list of new talents AD100 2023 Debut.

“Design is as much about emotion as it is about style and appearance,” says Andre Mellone, a designer born in Brazil but who has been successful in recent years with projects for major brands worldwide and launched his Manhattan-based company in 2012. With the refined patterns and a hint of Memphis Design nostalgia, this artist’s work is subtle and sophisticated, recognized through texture, materiality, and precision of form. Mallone’s portfolio features residential, retail, and hospitality projects – Carolina Herrera’s New York flagship and a new lobby for 50 Rockefeller Plaza.

The common thread that permeates Young Huh’s work is the interior designer’s eye for classic references with contemporary delicacy. A Detroit native, Huh’s company provides comprehensive services specializing in residential and commercial interiors. Recognized for finding harmony and dynamism through the application of classic and modern design principles, this renowned professional who makes the list of on the prestigious AD100 2023 Debut list, has also been listed in Elle Decor and named one of Vogue’s five rising interior designers in 2015. Keep this name! Young Huh is tipped as one of the new talents of interior designers to follow in the coming years.

Now that you know the names that make up the “AD100 2023 Debut” list of talented new interior designers, get inspired by TAPIS Studio’s projects and find the best-decorated rooms! 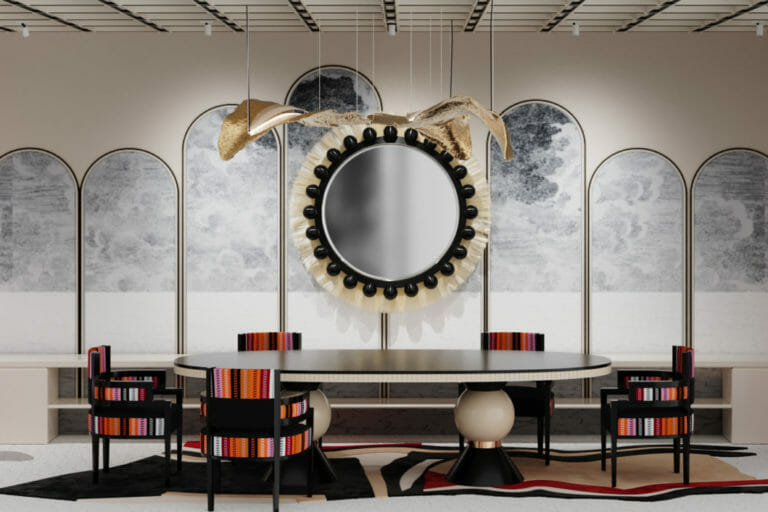 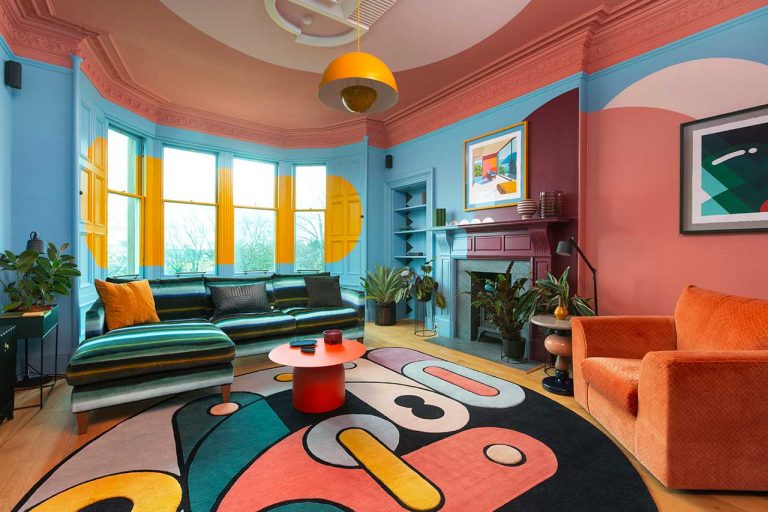 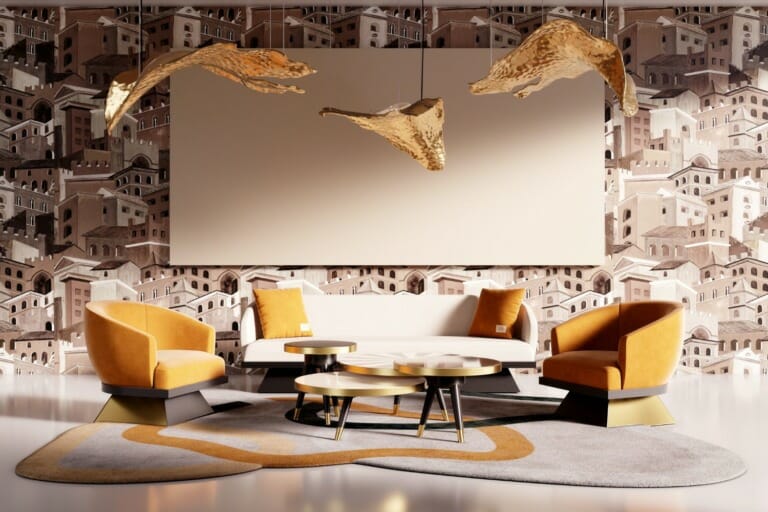 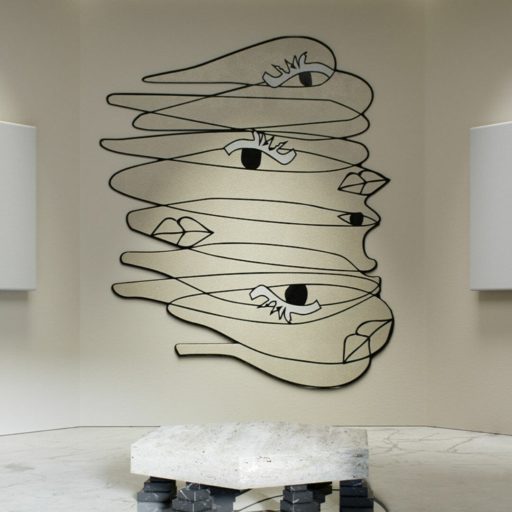 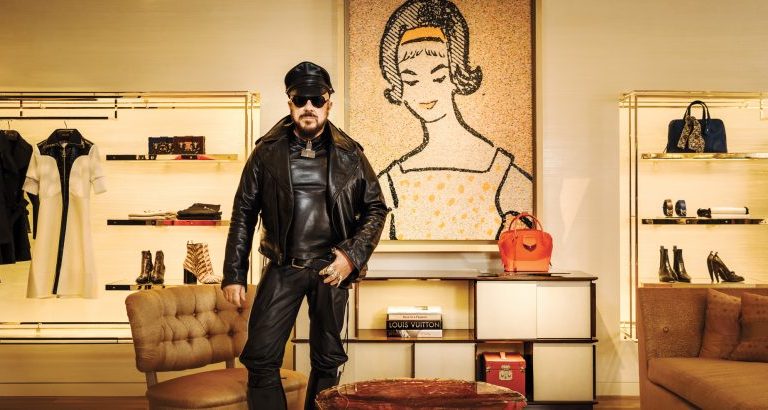 One of the most notable architects, Peter Marino, redefined Modern Luxury with stunning projects; discover the best ones here! In the... Read more 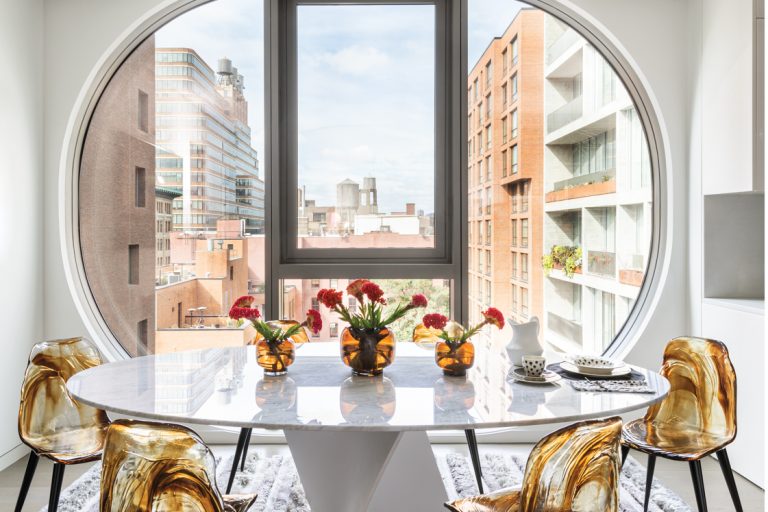 Modern area rugs are versatile, easy to combine and brighten up any room. Discover how to style your decor and be surprised by the results!... Read more With these nine Mid Century Rug ideas, it will be easy to add an extra dose of timelessness and elegance to your project. Check it out.... Read more 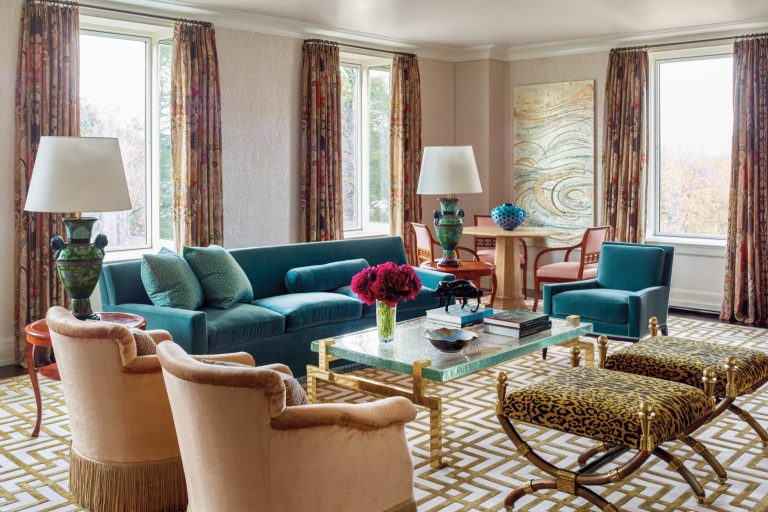 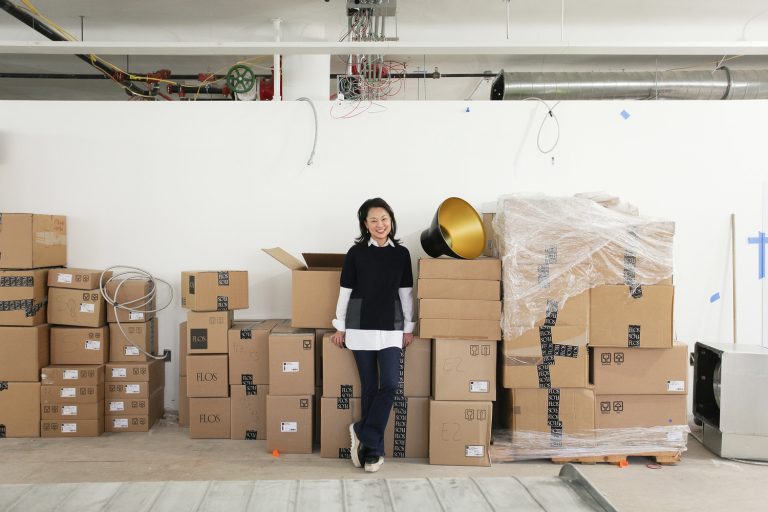 Young Huh is one of the new names that integrate the AD100 list 2023; discover more about the talented designer and her contemporary style.... Read more 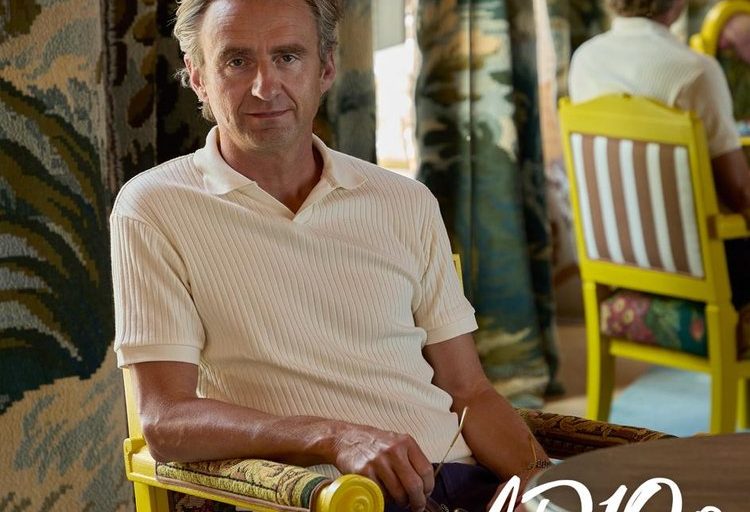 Meet the names of new talents interior designers who promise to shake up the world of architecture, landscape and interiors in the coming... Read more 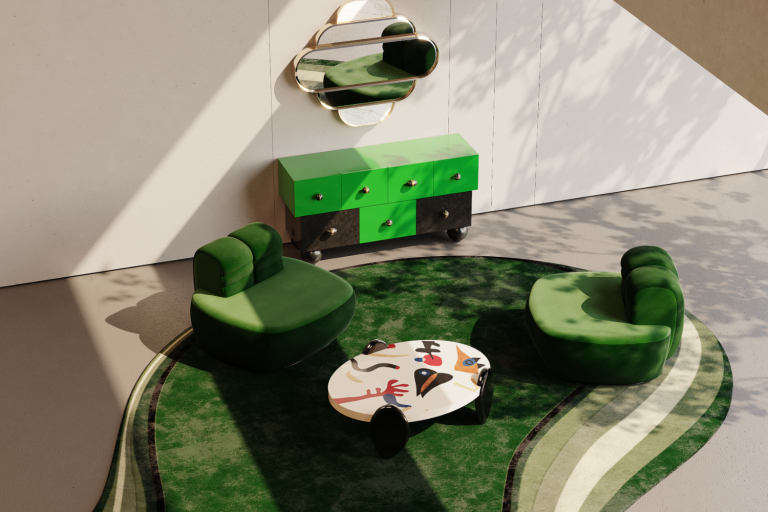 Be ready to welcome interior design trends 2023 to your project by embracing the power of colors. Meet the best rugs to create a colorful... Read more 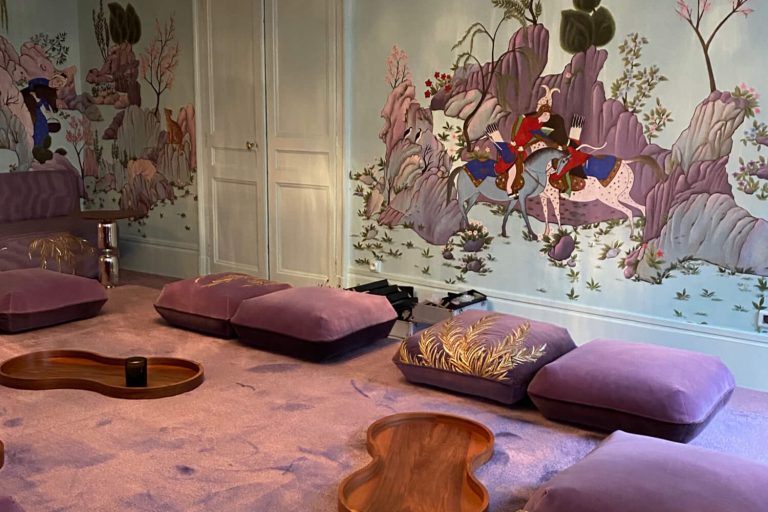 Imagine if it would be possible to gather the best of the interior design world in one place; this is the AD100 list. Get to know more in... Read more

No, I DeclineYes, I accept
Manage consent

This website uses cookies to improve your experience while you navigate through the website. Out of these, the cookies that are categorized as necessary are stored on your browser as they are essential for the working of basic functionalities of the website. We also use third-party cookies that help us analyze and understand how you use this website. These cookies will be stored in your browser only with your consent. You also have the option to opt-out of these cookies. But opting out of some of these cookies may affect your browsing experience.
Necessary Always Enabled
Necessary cookies are absolutely essential for the website to function properly. These cookies ensure basic functionalities and security features of the website, anonymously.
Functional
Functional cookies help to perform certain functionalities like sharing the content of the website on social media platforms, collect feedbacks, and other third-party features.
Performance
Performance cookies are used to understand and analyze the key performance indexes of the website which helps in delivering a better user experience for the visitors.
Analytics
Analytical cookies are used to understand how visitors interact with the website. These cookies help provide information on metrics the number of visitors, bounce rate, traffic source, etc.
Advertisement
Advertisement cookies are used to provide visitors with relevant ads and marketing campaigns. These cookies track visitors across websites and collect information to provide customized ads.
Others
Other uncategorized cookies are those that are being analyzed and have not been classified into a category as yet.
SAVE & ACCEPT

Download the new LookBook and get inspired with a palette of nine finely selected shades that gain new meaning on each object, shape, and material.

Download the new ebook and celebrate cool colors for the interiors.
A guide for a world that comprises incredible colors, building bridges between perception and emotion. ­
Request Your Sample

-15% discount
on the first purchase

Plus, stay connected with exclusive news, the latest campaigns, and private sale events.